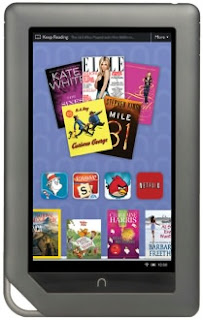 This session featured two faculty members demonstrating ways in which they are using the Nook and the iPad in the classroom.  Dr. Dave Jackson (Education)  purchased five color Nooks for student use in his classes.  This purchasing decision was driven in part by price (cheaper than the iPad) and functionality–his classes primarily needed Flash and the ability to do simulations. Now his students have internet access without having to make the trip to the computer labs as well as access to a wide variety of useful apps. 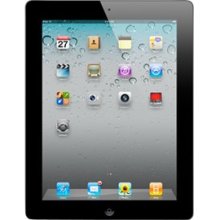 Eric Heukeshoven (Music and Technology) billing himself as the “free range presenter,” was able to walk around the room with his iPad while his presentation displayed on the screen (apple digital adapter required).  In his work with music students he has developed multiple uses for his iPad including performing, recording, composing, and presenting. He wowed the crowd with his video of alpine cows being serenaded by a dixieland band and his jamming on a standard blues riff. Eric claimed that he can now can use the iPad for the majority of his computing needs. After the session this was abundantly clear.

Missed the session?  View it here on Tegrity